Strategies for Language Inclusion at MozFest 2023

I’m sure the first thing that came to mind when you read the headline was “translation”. That was the case for us too, until we realized there were many ways language inclusion can, and should, count on other strategies too. It is not about putting translation aside (that would be impossible), but rather aiming at creating –as well as co-creating– different spaces in different languages. At MozFest, we are thinking about welcoming different speakers in different ways.

Last time we spoke about constellations: we want to think about different strategies that can connect with one another and create a support system for Facilitators to expand their work and their ideas. There are many ways to do this, and we will certainly think of many more as we get closer to the start of the festival thanks to everything that our Facilitators bring to the table.

Each session is different, and each team has a style of its own, of course. So, to start thinking about each Facilitator’s “constellations,” or support system for language inclusion, here are some of the strategies we believe can help to expand the ideas behind a session and welcome as many people as possible.

Having more languages in our sessions also means having more people knowing about them and following them as they evolve. During the lead up to the festival , we will be helping Facilitators to organize parallel or follow-up sessions in different languages, go to other spaces and other communities to invite potential participants, promote sessions in different languages on social media, and keep the conversation going, even after MozFest is over.

Following up after sessions

MozFest is not only about its sessions, it’s also very much about the dialogues sparked by them! We will have spatial chats and other open spaces available for facilitating conversations in different languages and bridging together different ideas. Who said a Facilitator’s work could only fit in a 60-minute session? The opportunities are many on social media, and also on the festival’s Slack which will have a number of special channels in Spanish this year.

Facilitators will be able to organize multilingual sessions and make the most of the language skills of their team, as well as prepare material that other attendees can take with them, in case they are not fluent in one of the sessions’ languages. We hope to see all kinds of material and all kinds of content; we’re sure there will be a lot of translation, writing, recording, transcribing, designing, editing, and playing in the future of our Facilitators!

As we said last time, our big language inclusion pilot this year will be Spanish; be sure to follow which sessions will have Spanish speaking spaces or parallel events, and prepare to experience Mozilla Festival 2023 in many languages, spaces, and shapes! Remember, we will be building constellations and connected experiences, and you will be the key to making them as rich and as inclusive as they can possibly be.

Get Your Ticket For MozFest Today! 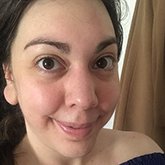 Laura Vidal has been working on language inclusion with MozFest since 2021. She’s also a doctor in informal learning, specialized in online communities and intercultural exchange.