Last week, I showed my best friend a preview of the website for the 2018 Internet Health Report.

She’s an artist and more of a casual observer of the Internet, but she was so enthusiastic that she immediately said she wanted to share it with the parents group at her kids’ school. I was surprised (like, why with parents?) but she explained they are having problems with children sharing extreme pornographic videos from the Internet and that she feels like the conversations they are having among parents and teachers about what to do – and of what is wrong with the Internet generally – are happening in relative ignorance of what the greater issues are.

The last year in particular has felt like a tipping point where many of the issues that used to be discussed among experts and activists of the Internet have finally landed in the mainstream arena. At least more of the people I talk to in my life are feeling it’s their civic duty to better understand what’s going on. Perhaps you’ve noticed the same?

I would say that’s a good thing for the prospect of creating change, but also risky in that many of our opinions are now shaped by news headlines about things that are going wrong. If we don’t also examine the big picture, we could end up fearful and paralyzed, like animals staring into the headlights of an oncoming car (eek! a self-driving one?) or we could end up overcorrecting by supporting shortsighted regulations with unintended consequences.

The Internet Health Report, which launches today, is a call to action for more people to engage in questioning what’s wrong and proposing solutions that can make the entire ecosystem healthier for everyone. It’s about collectively tracking the evolution of the Internet over time by whatever means possible, and identifying the people and ideas that are changing things for the better.

There’s so much goodness we tend to take for granted.

We call it an “open source” report because it is the result of countless conversations, online comments, emails, drafts and edits of hundreds of people over the last year. For me personally (as editor) the process has been cathartic. I really worry about the Internet and the effects it has on our societies, our discourse and politics. Certainly as a parent, but as a citizen of the world in general: I worry about surveillance, about online harassment, about the extreme commercialization of every inch of the greatest global public resource created by humans. I worry about over-regulation, as well as about lack of regulation — and of people losing faith in the very thing that has created such vast opportunity for greater global understanding, education and the open exchange of ideas and information.

Today, on behalf of everyone who took part in its creation, my entire team at Mozilla and I are thrilled to share the 2018 Internet Health Report with you. We hope you will enjoy the stories, and that you may be provoked, outraged and inspired to have conversations with the people in your life and communities about the ideas and research within.

Please do share your feedback! We look forward to starting to work with you on the next version soon. 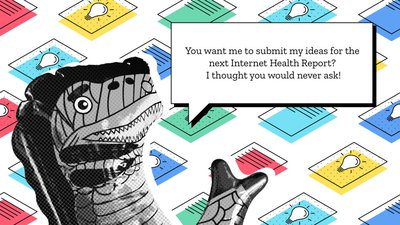 Insights Your ideas for the 2019 Internet Health Report 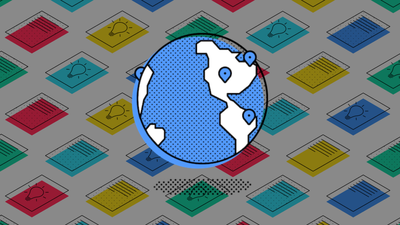 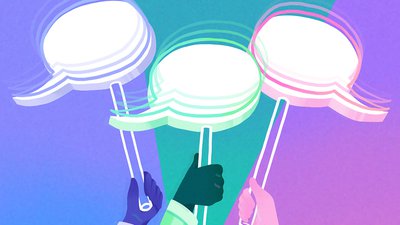