Why Facebook, Snapchat, and Google want smart glasses to be a thing

Remember Google Glass? No? It was an early player in the smart-glasses game back in 2013, but didn’t get far. The specs looked weird, people were freaked out about being covertly recorded, and after much pushback Google retired the project. But seemingly undeterred by Google’s high-profile failure, other Big Tech companies have since enthusiastically developed their own takes on the technology. This time around, you may barely notice the person sitting across from you has on Ray Ban Facebook glasses (yes, they are able to record), because they look extremely similar to regular sunglasses.

Other Big Tech companies have their own versions. But why? What about high-tech specs makes them such an alluring prospect? Turns out that your gaze is a particularly valuable commodity, and one that, in this context, raises a huge list of privacy concerns — which we’ll get to shortly.

Mozilla’s *Privacy Not Included (PNI) guide this year includes privacy reviews of smart glasses and AR headsets, including Facebook/Ray Ban Stories specs, Amazon Frames, Oculus Quest 2, and Snap Spectacles. Before you decide to allow your biometric data to be beamed to the technology mothership for AI processing, let’s take a deeper look at why exactly technology companies continue to attempt to bring these glasses into the mainstream.

For all of the smart glasses they looked at, the PNI reviewers had concerns about how the data from your device is used for ads and shared with third parties. For example, Oculus, owned by Facebook, shares data with partners who use their analytics services. Then there are the privacy concerns for the people who aren’t even wearing the glasses, but get caught by their cameras: “There is no way whatsoever for the public to see if they are recorded, and that is creepy,” says PNI researcher Misha Rykov.

Beyond even these fairly obvious concerns, things can get even creepier. “The risk with augmented- and virtual-reality is that data about your involuntary bodily reactions that is needed to make the devices work — like eye tracking — may one day be combined with information about your likes, dislikes, or consumer preferences,” says Brittan Heller, an attorney specialising in technology and human rights.

You might think you're absent-mindedly glancing at something, but that fleeting look contains multitudes. Machine learning analyses what you look at, and how long you look at it for, to make guesses about how old you are, whether you have symptoms of neurological or behavior disorders, or even your mood. As Microsoft researchers put it, “gaze is unique because it reveals the subconscious in ways that are difficult to control,” which leads to an even more insidious use of your gaze pattern data: to guess at your interest levels in topics that could further expose cultural, political or sexual preferences.

As the authors of the study say, “The privacy concern is not so much with the collection of data, but with the potential for identification and sharing in ways that go beyond the users’ expectations.”

The inferences companies could get from the combination of this data, Heller says, is akin to the ‘like’ button on steroids. She calls this information biometric psychography, and is concerned that companies could be tempted to use it for highly personalised targeted advertising (similar to the kind that hit headlines courtesy of Cambridge Analytica).

In some respects, it’s a new way to colonize digital space: Facebook, Amazon and Snap are working to claim your gaze data as theirs.

If you’re thinking “Who cares, I have nothing to hide!” – when it comes to questions of privacy, the potential for data harvesting is two fold. It’s about the camera watching our own eyes, as well as the desire to map everything around us. This quest to recreate the world has unleashed big technology companies' best efforts to minutely map the physical space around us, whether for maps, models, or the metaverse. But each company wants to be the one holding the data for these digital maps of the world, and in a perfectly tracked world, understand what you look at as you move through it. In some respects, it’s a new way to colonize digital space: Facebook, Amazon and Snap are working to claim your gaze data as theirs.

“These types of devices show us how the smartphone will evolve,” says director Anrick Bregman, the founder of Studio ANRK and a specialist in immersive entertainment experiences. As a creator, he’s looking to see how to combine wearable devices with video, and says the Snap AR glasses he owns are “quite impressive” from a technical standpoint.

“The ability to capture something and have both hands free while doing it, is really a completely different approach to capturing your activities or documenting your life,” Bregman says.

But the ability to film people without consent, facial recognition and AI integration carries many potential problems. These responsibilities rest on the manufacturers, the users and privacy legislation.

“Smart glasses are great for people who wish to take pictures without using their hands,” says Heller. But critics have pointed out that the notification for when a picture is being taken — a small light on the glasses “may not be recognized by members of the public.” So there are safety concerns, especially for locations such as hospitals and government buildings.

“The phone is at least a visible object, while sunglasses are not,” Bregman notes. “So if your device looks just like ordinary sunglasses, then no one knows.”

With big tech going full steam ahead into the smart glasses market, we’re likely past the point of seeing them repeat the Google Glass vanishing act. Which means it’s important for consumers to get to grips with the privacy implications of this new technology before everyone’s walking around with Facebook literally on their face.

Today's glasses give you a hint about where things are headed. Study up now with PNI or other resources to understand what's going on and what it could mean for you. 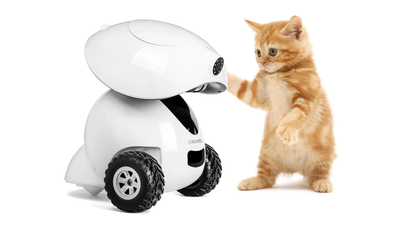 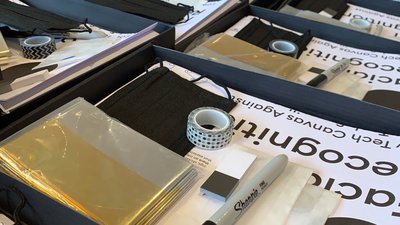 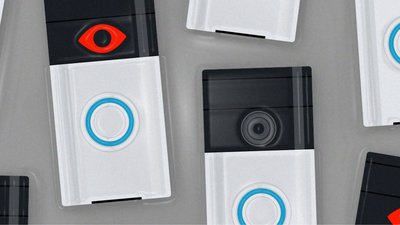