Social Media Platforms and the German Elections: A Status Report

On September 26, German citizens will vote to elect a new parliament, and for the first time in 16 years Chancellor Angela Merkel is not running for election. Campaigns for the biggest vote in Europe this year are well underway in the streets, in the news, and on social media.

Mozilla has been eagerly watching how election-related policies are being applied on the platforms in Germany this year.

So where do we stand, less than two weeks out from election day?

Sadly, while platforms aspire to high levels of protection against misinformation in the German election, they discontinued some of the policies adopted last year for the US once President Biden took office. That leaves German citizens vulnerable to electoral misinformation in a way that US citizens were not.

The key thing we are still missing – in both elections – is transparency. Since none of the platforms share insights into how their remaining policies have been enforced – or even if they were effective – it is hard to say what needs to be improved to protect election integrity in Germany.

In short, the companies know what’s going on – but no one else does. All the big platforms have teams that analyze vast troves of data related to the election, but there’s no transparency into what they’re doing with it – and no data for reporters, researchers, or the public to verify any claims they make.

We’ve already sounded the alarm bell about inaction by Big Tech ahead of the election. In August, we showed that social media companies had yet to make any substantial policy changes before this election in Germany. This is surprising, given our evolving understanding of the threat of election disinformation, and the strong public sense that platforms have a responsibility to contribute to election integrity following the contentious US election. Comparing their collective approach ahead of the German elections to the measures platforms put in place around the U.S. election, it‘s clear that they are not exerting the same effort for an election that isn't on their doorstep, and where English isn’t the primary language.

There are undeniably important differences between the U.S. and German elections. In the US, disinformation occupied a central role in the coverage of the election and its aftermath, not least because much of it stemmed from or was amplified by one of the candidates. While this isn’t the case to the same extent in Germany, the potential impact of election disinformation remains significant, and the platforms’ continuing lack of transparency makes understanding the impact of their policies particularly difficult.

With no insight into what has – or hasn’t – worked, it remains difficult to hold platforms accountable for what policies should be implemented. And experience has shown that in absence of public scrutiny and pressure, the platforms are reluctant to adopt sufficient protections on their own. Germans watched last year’s U.S. elections intensely. They are concerned about how social media misinformation could warp their own election’s outcome.

Mozilla will keep tracking the platforms’ mis- and disinformation policies until Germany’s Election Day. We hope to use our insights to give policymakers and communities better tools so that they can in turn demand that platforms combat mis- and disinformation and make their processes more transparent, to create safer elections. This is what is needed to protect democracy – no matter where in the world. 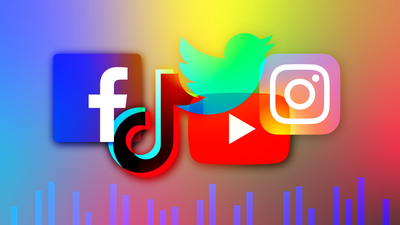