Protests, the Pandemic, and Misinformation: A June 30 Virtual Panel

The latest installment of Mozilla’s Dialogues & Debates series will explore mis- and disinformation related to COVID-19 and racial justice protests. Watch on Mozilla's Twitter or YouTube. 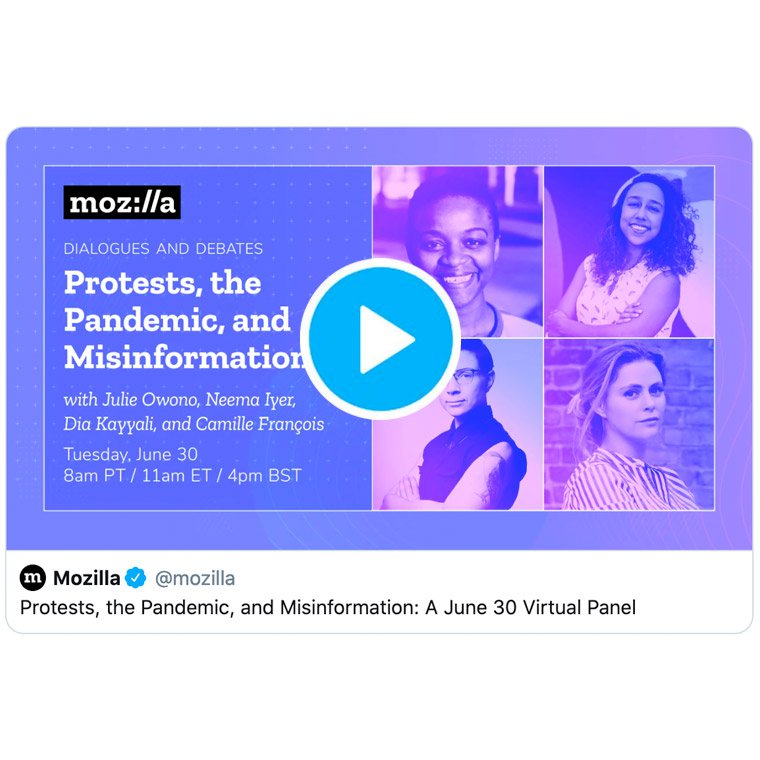 As millions of people around the world continue to shelter from the pandemic, internet platforms can keep us connected. These same platforms can also help people organize the ongoing protests for racial justice, sparked by George Floyd's killing.

But these platforms and the content that they amplify can also harm us. Fake cures, conspiracy theories about the pandemic’s origins, and fast-spreading, racist disinformation have become the status quo.

Why can’t we trust online platforms when we need them most? What are platforms doing to address the spread of mis- and disinformation? And which communities are most impacted by this problem?

On Tuesday, June 30, Mozilla hosted a virtual Dialogues & Debates to answer these questions and a host of others. Audience members were able to submit their questions ahead of time by tweeting @mozilla with the hashtag #DialoguesAndDebates. 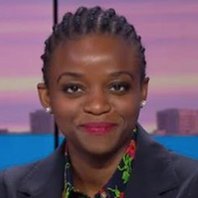 Julie Owono, Executive Director of Internet Without Borders and a Berkman Klein Fellow. Julie is developing solutions that allows content platforms to moderate hate and violence on their spaces, in a manner that is respectful of freedom of expression, especially in environments with strong political or ethnic antagonisms. 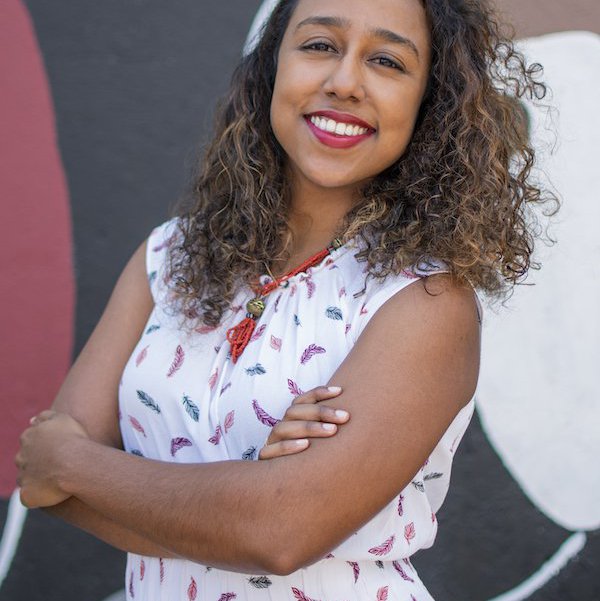 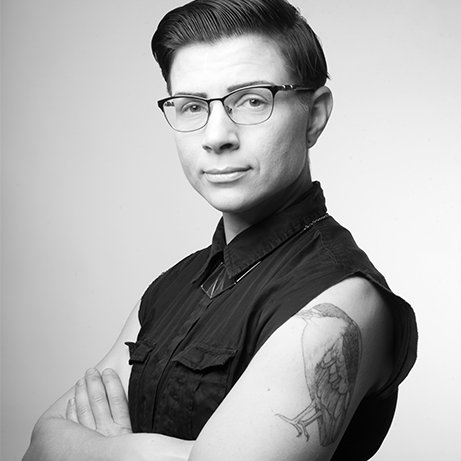 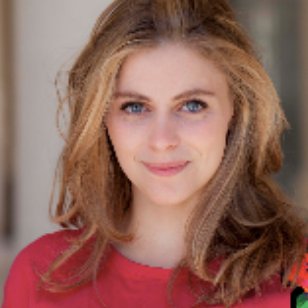 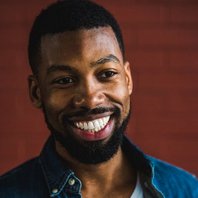 And Moderator Xavier Harding, content writer at Mozilla and former journalist. Prior to Mozilla, Xavier wrote for publications like The Markup, Mic and Popular Science. At Mic, Xavier won a Webby Award for his story on HBO’s Insecure and how the show’s cinematographer properly lights dark-skinned actors, despite most camera tech being calibrated against light skin.

Dialogues & Debates is Mozilla’s our speaker series that usually occurs in-person at MozFest each year. We’re expanding the series into virtual terrain, to bring internet users the information they need to understand and advocate for a healthy and humane digital world. Watch past Dialogues & Debates here.

For more from the Mozilla Festival, sign up for our newsletter. 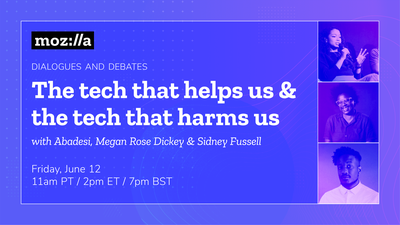