First: we would like to remind everyone that the election is November 3rd. If you’re an eligible U.S. voter, we hope you’ve already voted or have made a plan to do so on or before November 3rd. You can find official, nonpartisan voting information at www.CanIVote.org

Social media platforms can be a force for good, connecting us during the coronavirus pandemic, and even registering new voters. But more Americans now get their news from social media than from print newspapers, according to Pew Research, so it’s worrisome that social networks can also be a weapon of disinformation that seeks to confuse, disenfranchise and suppress the votes of the electorate.

Efforts to suppress votes with disinformation and propaganda aren’t new, even if the means of delivery are. To prepare you, we’re sharing stories from the past so you can familiarize yourself with the techniques of intimidation, dissuasion, and falsehoods.

What you’re about to read aren’t spooky Halloween stories. These examples of disinformation and voter suppression come from our friends at Common Cause, and are taken from a report they researched and published in partnership with the Lawyers' Committee for Civil Rights Under Law. Both Common Cause and the Lawyers’ Committee are non-partisan, non-profit organizations that are committed to protecting voters and civil rights.

Men with clipboards bearing official-looking insignias and 300 cars with decals resembling those of federal agencies were dispatched in Black neighborhoods in Philadelphia to ask voters for identification in order to intimidate them out of voting.

In the 2016 presidential election, Russian trolls targeted Black voters on social media with messages intended to manipulate outrage over racial injustice, and ultimately suppress turnout. This year, posts on social media have given false information about how to vote in California, and have falsely claimed that mail-in ballots are being thrown away. But these aren’t the first to attempts to suppress votes. Here are two examples from 2010.

Flyers from a non-existent organization, the “Black Democratic Trust of Texas”, were distributed at various polling sites in predominantly African-American neighborhoods of Houston. The flyers falsely warned voters that voting the straight Democratic ticket would actually cast their ballots for Republicans.

During Election Day in 2010, robocalls targeted minority households in Maryland. The calls told voters: “Hello. I’m calling to let everyone know that Governor O’Malley and President Obama have been successful. Our goals have been met. The polls were correct, and we took it back. We’re okay. Relax. Everything’s fine. The only thing left is to watch it on TV tonight. Congratulations, and thank you.” It was later discovered that aides to former Governor Bob Ehrlich’s campaign against Governor O’Malley paid for these calls. In this instance, the perpetrator behind the deceptive robocalls was prosecuted under a Maryland election law that prohibits a person from willfully and knowingly influencing or attempting to influence a voter’s decisions whether to go to the polls and cast a vote through the use of fraud.

The US election day is Tuesday, November 3rd 2020. Anything that says otherwise is false. If you’re uncertain where to vote, check your state’s election office website. Search for it on vote.org here.

In the 2004 Presidential Election, a Denver voter living in a historically African-American district received a phone call from a person purporting to represent a major political party. The caller told the voter to be sure to vote for that party’s candidate and gave her an address for the wrong polling place.

In 2008, fake flyers alleging to be from the Virginia State Board of Elections were distributed in the southern part of the state, and on the Northern Virginia campus of George Mason University falsely stating that, due to larger than expected turnout, “[a]ll Republican party supporters and independent voters supporting Republican candidates shall vote on November 4th...All Democratic party supporters and independent voters supporting Democratic candidates shall vote on November 5th.”

On Election Day in 2008, students at the University of Florida received text messages falsely instructing voters to vote after the election was over. One text read: “Due to high voter turnout Republicans are asked to vote today and Democrats are asked to vote tomorrow. Spread the word!” Another read: “News Flash: Due to long lines today, all Obama supporters are asked to vote on Wednesday. Thank you!! Please forward to everyone.” The school sent a corrective email to all students warning that the text was a hoax.

In 2008, an email falsely claiming to be from the University Provost was circulated at 1:16 am on Election Day to students and staff at George Mason University. The email advised recipients that the election had been postponed until Wednesday. Later, the Provost sent an email stating that his account had been hacked and informing students the election would take place that day as planned.

Terrified by these tales of disinformation?

Unfortunately, similar methods of disinformation are pervasive online. Disinformation about voting often appears as social media posts that make inaccurate claims about how, when, and where to vote. It also includes posts that spread baseless claims about the validity or safety of voting methods or the outcomes of elections. According to Common Cause, disinformation spreads most virulently on closed community groups on social media platforms like Facebook, NextDoor, WhatsApp, and Snapchat.

When you encounter disinformation online, do not engage unless it’s being shared by someone close to you, and you want to have a word with them in private. Commenting, "reacting," or resharing (even when correcting information) will draw more attention and perpetuate the disinformation. Instead, immediately report it to the platform, then Common Causes suggests that you take a screenshot and report it on www.ReportDisInfo.org. Nonpartisan experts will then review its content, report it to tech platforms for removal and help impacted voters.

What else can you do?

If you have questions or issues voting, Common Cause suggests calling Nonpartisan Election Protection Hotlines

You can also volunteer in your community, or as a social media monitor with the nonpartisan Election Protection coalition. You'll be trained on supporting voters in your community and finding and reporting disinformation online — all from the safety of your own home! 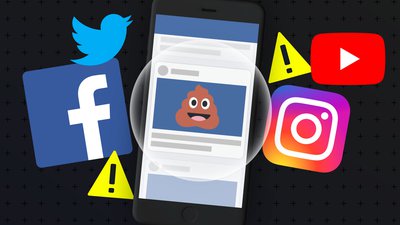 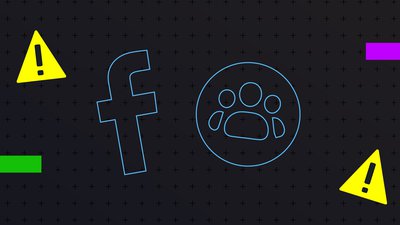 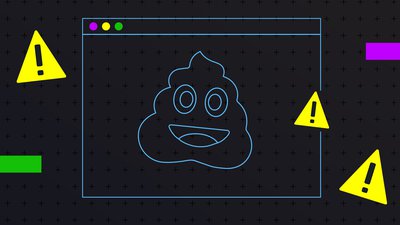