In recent years, Neurodiversity inclusion has been growing in popularity as more and more people are coming out as neurodivergent. The neurodiversity movement provides us all with awareness and understanding of what it means to be neurodivergent in a positive way and how we can support those who experience this difference.

Neurodiversity is an umbrella term that refers to people who have neurological variations like ADHD, autism, dyspraxia, dyslexia, and synaesthesia. It supports the idea that people have many different ways of thinking, experiencing, behaving, and are just as valuable. The neurodiversity movement has been around for a while but in recent years, it has increased its significance. Most people who identify as neurodivergent tend not process information the same way as everyone else. These groups are often marginalized due to misconceptions about their specific abilities.

Neurodiverse inclusion is the process of ensuring that neurodivergent people are afforded equal opportunities for identity and social acceptance in society. This includes for example providing support for parents of children with autism, dyslexia or ADHD to help them through education, achieving equal representation in media and media campaigns, and not excluding neurodivergent individuals from communities because there is a disconnect in the culture.

Neurodivergent people are often ostracized, left out of communities due to the lack of understanding of how their brains work. However, amazing organisations like the Mozilla Festival recognize that neurodivergent people need more than just advocacy - they also need support in order to thrive in society and highlight their talents which are often unfortunately overlooked.

MozFest has hosted a Neurodiversity Space for the past two years for which I have been proud to have been a part of as a Wrangler. When we first began our journey at MozFest it was to introduce Neurodiversity and provide a supportive and caring community for those who identified as neurodivergent. Using an inclusive design approach, we worked towards building safe in-person and digital spaces for the neurodivergent community. We relied on up-to-date accessibility guidelines and co-design with neurodivergent collaborators to make sure we avoided any risk of overload in the design phase. We considered many things from creating quiet/wellbeing spaces, inclusive communication methods to providing sensory breaks. This neurodiverse perspective and approach is important when designing for all people in general as it benefits everyone, but it can be even more important in designing for marginalised communities who might have unique needs when it comes to the environment they are living in and experiencing.

MozFest highlights how it is important to understand the needs of a diverse community and create an inclusive space that can meet them. With the growing technological advancements, organizations like MozFest are exploring ways to create more flexible, inclusive environments and provide a quality experience whether it’s in person or digital.

The Neurodiversity Space has been an ongoing project with a lasting legacy that continues to provide a safe space where people with neurodivergence can contribute and express themselves via advocacy, art, tech-innovation, film making as well as poetry and music. Thanks to MozFest, we were able to provide a voice to this unheard and hidden community so they could contribute and feel a part of the world around them. We’re delighted and also proud of the fact that the Neurodivergent community at MozFest continues to grow in numbers and is back for MozFest 2022 in the shape of the Creating Neurodiverse Wellbeing space.

If you would like to take part as a facilitator for this Space, you can submit your proposal here at MozFest 2022 Call For Proposals. 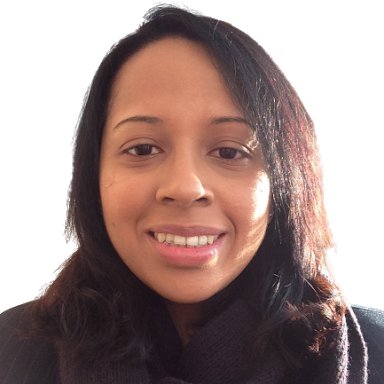 Leena Haque is currently a Senior UX Designer at BBC and co-founder for BBC Cape (Creating A Positive Environment) the BBC’s multi-award winning neurodiversity initiative which advocates innovative design solutions that understand, appreciate and accommodate our Neurodiversity. Leena also happens to be neurodivergent and is passionate about inclusion, raising awareness for Neurodiversity, intersectionality and promoting different thinking styles. She has developed diversity training workshops, produced creative short films including a 360 Virtual Reality film and she has written various blogs for different online publications. Her goal is to remove barriers and inspire the young, talented creatives of tomorrow so they can fulfill their aspirations regardless of disability or impairment. She has facilitated sessions for 3 years and was a first time Wrangler in Mozfest 2019.