Earlier this year, we asked people all around the world to take a survey on misinformation online. Nearly 60,000 people responded. What we learned is quite interesting.

#1: All over the world, people are very or extremely concerned about online misinformation.

Only 3% of people who responded to our survey said they were not at all concerned by online misinformation.

#2: The percentage of respondents who said they hadn’t seen misinformation online recently was small.

The majority of these people still said they were either very or extremely concerned about misinformation.

#3: Most people are familiar with the term fake news. The term disinformation was not as familiar to people.

According to Dictionary.com: Fake news is false news stories, often of a sensational nature, created to be widely shared or distributed for the purpose of generating revenue, or promoting or discrediting a public figure, political movement, company, etc. Misinformation is false information that is spread, regardless of whether there is intent to mislead. Disinformation is deliberately misleading or biased information; manipulated narrative or facts; propaganda.

#4: Even though the vast majority of respondents say they are concerned about the spread of misinformation online, they are also still mostly optimistic that something can be done about the problem.

#5: When it comes to whose job it is to tackle the online misinformation problem, people all over the world view the platforms (Facebook, Google, YouTube, etc) as bearing the bulk of the responsibility.

With one noticeable exception: Asia, where respondents say the responsibility of journalists falls below individual users and the government.

A small percentage of people—7%—selected "Other" on this question. One of the most popular responses submitted for "Other" was “All of the above.”

#7: When we asked people what would be most useful to help them tackle misinformation online, overwhelmingly respondents pointed to education—86%.

Even though people said they think companies should be most responsible for tackling the misinformation problem—most likely because they are seen as best equipped to tackle it—only 47% thought changes by companies to make people less exposed to misinformation would be useful.

When we look at this data as a whole, what story does it start to tell us? We see that around the world, people are very concerned about misinformation online.

We also see people feeling powerless as individuals to do anything. Only a small percentage of people (15%) feel they, as individuals, have the tools needed to combat misinformation online. Most people put the responsibility on platforms like Facebook, Google, and YouTube to fix the problem, likely because they see the platforms as mostly likely to have the tools necessary to fix this problem.

Yet, when people were asked what would be useful to help them tackle this problem, they didn’t point to system changes at the platform companies like Facebook and Google. Rather, they overwhelmingly said they wanted education to help them spot misinformation online when they see it.

Mozilla hopes to help provide you with more of this education. Stay tuned as we dig into this more and share tips, stories, and information from our experts and Mozilla Fellows.

Here at Mozilla we believe in making data open and accessible to everyone. If you would like to go deeper into this survey data, here are links to dig in:

Mozilla is releasing this data to the public domain under CC0. 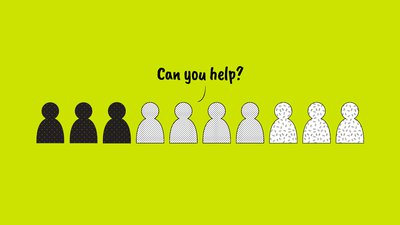 Advocacy Can You Help? 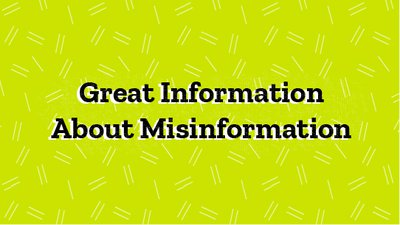 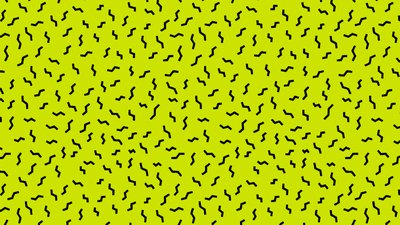